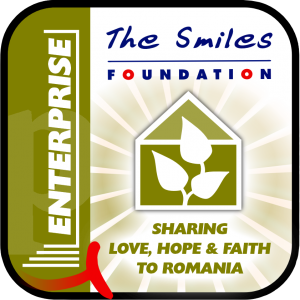 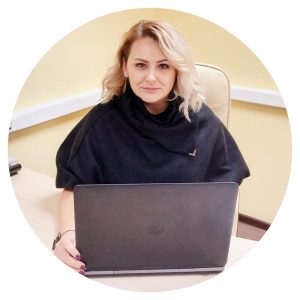 The ENTERPRISE PILLAR and primary project ‘The Arpasel Glasshouse’ is under the leadership of Project Director – Simona Tosity.

Established in 2010, the objective of the Enterprise development through an officially registered Business in Romania, was to create employment opportunities and ultimately profit that could be channelled back into the Smiles Foundation as the 100% shareholder. A tax efficient means of creating self-sustainability for the future.

Primary Project of the ENTERPRISE PILLAR

sc SMINRO srl – Arpasel Glasshouse
The concept of creating a business owned by The Smiles Foundation was conceived to address the need of self-sustainability for the future. Our Founder & CEO had been raising support for Romania for 20 years and was fully aware the ability to do so long into the future was extremely limited. Interests change, circumstances in Romania changed, and although great needs remained, people were less focused on the needs in Romania, when problems existed in so many parts of the world.

So it was decided to establish a business that originally had 3 prongs to explore – Farming, Retail and Horticulture. In 2010, the business sc SMINRO srl was created. A farm with 80 acres of arable land was purchased that also had a Pig-Breeding Barn near the Farm-House for raising piglets. Three retail stores were opened selling a combination of second-hand clothes from the UK and a good selection of new clothes from both UK and America. The final element of the business came in 2011, when we built a 50,000sq ft Glasshouse adjacent to the Farm in Arpasel, Bihor County, Romania.

Each business was developed with passion and commitment, to see which was most likely to provide the long-term self-sustainability being sought.

Taking a professional business attitude to the challenge, whilst each was reasonably successful in its own right, it was evident that as with many businesses, significant investment of time and money was required to make each achieve the potential that appeared possible. After close scrutiny and considerable discussion, it was decided to scale down and eventually close the Retail shops and ultimately the Farm, having stopped pig-breeding a few years before selling the land, so as to focus 100% on the growing potential of the Horticultural Glasshouse business.

10 years after establishing sc SMINRO srl, we start a new decade focused exclusively on growing Plants, Bulbs and Herbs for sale to Wholesale Distributors and major Supermarkets in Romania. The business is expected to hit close on £500,000 / $650,000 turnover in the coming year and we are thrilled to see it contributing to the operating costs of the Foundation. It is wonderful to see a 100% charity owned business, enabling Ministry and Outreach to reach further than it would alone.

A dream of 10 years ago, with God’s Help and donors support, has seen another dream become reality within the Smiles Foundation.